Via Jezabel, I found out that the Times of London has been running a feature series called “The Trouble With Women.” Titles in this series include “They Live in a Fantasy World,” “They Need to Stop Asking Pointless Questions,” “They Grow Up and Get Boring,” which includes chauvinist gems like this:

Women just don’t seem to retain that sense of childhood fun. Without the giddying effect of alcohol, or the energy generated by the first bloom of a new romance, they lack the spontaneity and freedom to enjoy unconditionally life’s simple pleasures. There are two reasons why this is so. One is that women’s brains are — obviously — wired differently from men’s. Primeval women existed to reproduce and protect the next generation. This maternal drive still remains, and the seriousness of this genetic responsibility manifests itself in sombre maturity. Women get stuck with being serious. On the other hand, primeval men were, as the cliché goes, the hunters, not the gatherers. They required a positive and outgoing approach; so they weren’t good parents, but they possessed an all-important sense of adventure. The evolutionary outcome is that men innately know how to have childlike fun. This type of behaviour is often not a good look, though, and that is something that matters to women. Perhaps it should also matter to men, but at least it doesn’t stop us appreciating fun.

And that’s just the beginning. “Stu,” who is only a year older than me, tries to comfort me about not wearing makeup by saying that men are more obsessed with the cheerleader from Heroes than with Lady Gaga: “Blokes actually like seeing their girlfriends unmade-up. It’s a privilege to be the only one who gets to see that side; it’s like exclusive access.” . . . Oh, okay. Like in a harem in some xenophobic Douglas Fairbanks movie?

Of course, my love, you're the only one who has access to me.

This series is filled with men bemoaning how women haven’t been understanding them, how they hate small talk and lots of makeup, and see the big picture while we’re lost in the little details, how we should just leave them alone so they can watch 24. (My question is, can I watch 24 with you?) Also, some plonker said the wage gap and glass ceiling was caused by women whining and moaning about how they should get a raise or a better job. Seriously. END_OF_DOCUMENT_TOKEN_TO_BE_REPLACED

In yesterday’s post for Single People’s Weeks, I asked (sarcastically) how Kathryn Bigelow manages to make such “masculine” films in the industry’s eyes. This critic went so far as to suggest that

Cameron has made a ideologically tinted, eco-minded anti-war epic that champions Mother Nature’s feminine spirit.  Bigelow has made a gritty, no-nonsense, ultra-masculine Iraq thriller that’s remarkably free of any anti-war sentiment.  The traditional polarity of male-female sensibilities is reversed. So that’s shaping up to be quite a battle.

It seems a lot easier to define a “feminine film”, a chick flick, a film that focuses on emotions and relationships, usually heteronormative ones (though a gay male best friend may appear) with women as the target audience. They tend to be sort of liberal, and lovey-dovey and…environmental? (Mother Nature didn’t look too feminine when she sent space rhinos to stomp all over those soldiers in Avatar, but whatever.)

Want to find a chick flick? It’s as easy as going to Nora Ephron or Nancy Meyers, or checking to see if the cast list is mostly women. If a woman gets top billing and her head’s on the same level or higher as the man’s, it might be a chick flick.

If it has a woman by herself on the poster and she’s not in silhouette, it’s probably a chick flick. 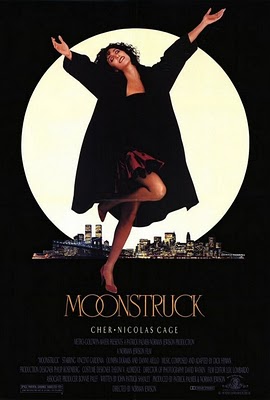 In fact, most films directed by women tend to get shoved into this category whether they like it or not. Keeping that in mind, let’s run the poster test on The Hurt Locker. END_OF_DOCUMENT_TOKEN_TO_BE_REPLACED

All Photo Credits on the frame of this page to Heather Kresge Photography.

Searching for a handle on the moment…

Which Droids Are You Looking For?

The Way Back Machine

Error: Twitter did not respond. Please wait a few minutes and refresh this page.