So my lovely friend Elize’s blog seems to have infected me lately. Over at Female Gazing she celebrates our need to objectify and subverts Laura Mulvey’s observation of the “male gaze” in media with a gaze of her own.

Here’s an excerpt from a lovely post in which she explicates the concept:

Objectification of women will never end.  Women are beautiful and sexy.  We have soft curvy bodies which attract attention.  I don’t want to ask men to stop looking at me and my sisters.  I want to ask them to do it respectfully, remembering that I have as many opinions and feelings as they do.

I consider it my job, nay! my duty to gaze at men.  To make them ever so slightly uncomfortable, to turn my head when they jog past.  To hug one whenever I feel like it.  To have friends who are male and tell them what I think and feel without fear of being considered too girly, vain, or sensitive.

So please don’t feel threatened (for as a woman I’m taught that the last thing a man wants is a woman who is threatening) and join me.  Enjoy bodies (consensually!)  Gaze respectfully.  Gaze with love and responsibility.  Honor people’s feelings, his, hers, your own.

(If you like that also check out my favorite post so far, about one of my favorite guilty pleasures, the remake of Universal Pictures’ The Mummy starring Brendan Fraser.)

The blog is filled with pictures of gorgeous men (and women) who know they’re sexy and don’t apologize, and Elize helps you feel that way too. It’s a great mission but when I’m in one of my over sharing hormonal places it can be a little dangerous.

How you ask? Well, directing requires a certain level a maturity and sensitivity because you’re in a position of power. The clichés about the casting couch exist because they are based in fact. (Contemporary fact, if Megan Fox is to be believed.) That is a really depressing thing. And it goes both ways. As women become more powerful in Hollywood they develop the same power that was exploited by the cigar chewing male producers we see in the movies. Exploitation goes all kinds of ways: straight, queer, male, female, everything in between and outside. It is the person in power’s responsibility to not exploit, not the potential victim’s responsibility to speak up, which is why people in positions of power have to be very careful.

I go to the Carnegie Mellon School of Drama. It is filled with gorgeous, gorgeous, talented people. Like the way TV is filled with really, really ridiculously good-looking people who never have to go to work or take a bathroom break. And you know how when you’re watching TV you find yourself saying things that you wouldn’t say if the person was in the room?

Yes, darling, they're still there. But you should check again in five seconds, just to make sure.

Get the gist? So basically, inappropriate, objectifying comments are one of the inevitable results of accepting your female gaze. How do you see the line between a compliment that ups someone’s self esteem (like “You look so great today”) and a comment that makes someone uncomfortable (like “Get your sweet ass over here.”)?

The answer, I’m afraid, lies in your outlook and observation, which can be unreliable, your ability to see your own positions of privilege. Being a boss means realizing and dealing with your power, and not taking advantage of it despite the fact that the gender power dynamic typically goes the other way. Even when you stay relatively safe things can go wrong. Today, when I made a joke about asking a playwright to write a scene that involved male shirtlessness, one of my guy friends (jokingly) called me a chauvinist.

And then we both agreed that that would be the wrong word, right, because chauvinism is being condescending towards women. We were both wrong. Turns out chauvinism comes from Nicolas Chauvin, a probably fictional French soldier who was supposedly so loyal to Napoleon that he returned to battle after battle, being wounded over seventeen times.

Initially “chauvinism” meant being loyal to your country to the point of stupidity. By the 1940s it became a term for imperialist, ethnocentric tendencies, and by the 60s feminists started talking about “male chauvinists,” men (or people, if you ask Ariel Levy) who treat women badly or condescend to them because of their gender. But chauvinism isn’t just directed at women. It can be targeted at a gender, race, ethnicity, culture, religion, sexual orientation, any kind of affiliation at all. Chauvinism is just elitism in a discriminatory hat.

How does that connect to objectifying men or creating a casting couch style uneasiness? Well, the way you avoid being a chauvinist is by not viewing yourself as superior to anyone else, no matter what constructions are put in place to make you feel that way. Power corrupts. And not the fun kind of corruption. 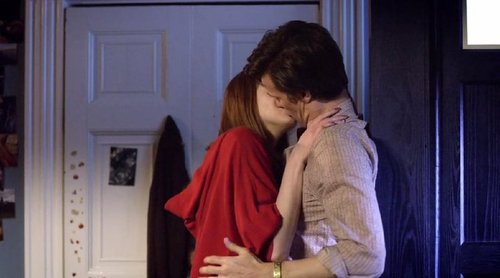 2 thoughts on “The Casting Couch and Where Does Chauvinism Come From?”